Exposure to radiation in a city strongly depends on your location. Example in Taipei, Taiwan

When I started to suspect that I was electro-hypersensitive, I borrowed an electromagnetic field meter — an EMF meter — and I measured everywhere. I checked if my symptoms indeed appeared when I was exposed, I investigated how electromagnetic fields behave, and I concluded about what to do to reduce my exposure.

I have already shared visualizations of the electric fields and magnetic fields that I measured around my laptop. Here, I share measurements of electromagnetic waves, or radiations — the ones emitted by cellphone towers (2G, 3G, 4G, 5G…), cellphones, WiFi, Bluetooth, microwave ovens.

My question was: where, in a city, can I find safe spots, places with low exposure to electromagnetic pollution?

I made these measurements in the city of Taipei, Taiwan.

In our living room, high radiation

I start my investigation during my breakfast, in our living room.

Oh! What a surprise. The mean level of radiation is ~50 times higher than the safe value1 of 0.2 milliwatts per m2 (mw/m2)! And it seems quite a stable background noise, not just sparse peaks of emissions.

I don’t understand. How come radiation can be so high in our flat? Our WiFi is off, our cell phones are on airplane mode, we don’t have a microwave oven.

Could it come from the neighbors? Let’s check in the corridor…

In the corridor, low radiation

In the corridor, standing between five flats and a shared WiFi box on the wall, I actually measure lower radiations than in our flat…

Interesting. This shows me that walls significantly filter radio frequencies. Otherwise, I would measure comparable values in our flat and in the corridor.

But then, if the electromagnetic pollution doesn’t come from our neighbors, nor from this shared WiFi box, could it come from outside?

Let’s go on the rooftop to find out.

On our rooftop, unmeasurable radiation!

Incredible! The radiations on our rooftop are too high to be measured by this EMF meter!

So, when I was enjoying this place to do gardening, I was actually quite exposed…

Like in our flat, there is such a nice overview of the city, here. Strangely, though, I cannot clearly identify the sources of these radiations. The most likely seems to be a huge cellphone tower, but it looks very far. I wonder, how high would be the level of exposure in the street.

Let’s take the elevator to go down.

Our elevator is safe!

After a first peak of emission, while the door of the elevator is closing, the electromagnetic radiations drop until they become undetectable.

Ah! I eventually found a nice spot in our building! In case I want to sleep in a safe environment, I know I can always use the elevator. Very convenient.

Do you guess why radiations are so low?

It is probably because, as it is a metal box, it behaves like a Faraday cage, blocking all electromagnetic waves.

At the building entrance, low radiation

I am sad to leave my Faraday elevator, but, as I step into the entrance of our building, I notice that it is also quite a nice spot: we are below the safe limit of 0.2 mw/m2.

Indeed, as I am now on the ground floor, radiation from cellphone towers is filtered by several successive layers of walls from the buildings around.

But what about in the streets?

In our street, medium radiation

While standing in our street with a relatively open view, the EMF meter just measures a medium level of radiation.

Well, it is still ~15 times higher than safe values, but safer than our living room!

What about a narrower street?

Ah! Here is another safe spot.

Hence, in a narrow street, if I cannot see any cellphone towers around, if I am not surrounded by people using smartphones, electromagnetic pollution is likely to be low.

Interesting. If the elevator is not free, I can always sleep in the street. Very convenient.

Ok, now, let’s go and relax in the grass, in a nearby park.

Oh, no! In the large and green Daan Forest Park, the radiation is too high to be measured by this EMF meter!

In a park? How come?

While checking better, I find a majestic cellphone tower on a nearby building. Of course, this is very convenient if I like to run while streaming a podcast on ‘how to save the world’, using 5G on my smartphone. But what about if I just like to lie in the grass, away from these dubious technologies?

There must be a secret place in this Park, for abnormal people who just like to lie in the grass. Let’s look further.

I think I found it! A bamboo bush!

Close to the bamboo bush, with the majestic cellphone tower on the other side, radiation is mitigated.

Interesting. Not only do walls significantly filter radio frequencies, but also bamboo. And probably any kind of plant.

I don’t know about you, but I need to digest these discoveries. Let’s have a drink in a bar with a friend.

Ah! This bar is also quite a safe place.

But now, I start to understand why:

But there is one more thing.

If you are reading this article, using a cellphone with WiFi or cellular data, then your head and your chest are currently exposed to values that are too high to be measured by this EMF meter. Even if you are in the heart of a forest. This is because, even though a smartphone emits much less than a cellphone tower, you are so much closer to it.

If instead, you are reading this article using a computer plugged with an Ethernet cable, or if you downloaded the article first and you are reading offline, then you might be exposed to levels of radiation well below the safe values. Even if you are in the heart of a city.

Once you understand where you can find low exposure to radiation, your own habits become the most significant factor in determining how much you expose your body to artificial electromagnetic waves.

The method I used to make this experiment

How I made the measurements

I used a Trifield EMF meter model TF2. I measured 15-second series of (non-weighted) values of radio frequencies in 10 locations in Taipei, in May 2021.

The human body absorbs part of electromagnetic radiation. So, I always hold the EMF meter the same way, and I moved around a bit, to make sure I was measuring the actual levels, not levels partially filtered by my body.

The values shown are mean radiations, in milliwatts per m2 (mw/m2). This corresponds to the overall intensity of the radiations, encompassing all the frequencies that the tool can detect. The EMF meter also provides values for peak radiations. I haven’t shown peak values on the graphs for the sake of simplicity and clarity.

Although I don’t show replicates of measurements, I made sure that the ones I show are representative of each location. I think it is accurate enough for an exploratory investigation like this one!

Safe values for radiation exposure are kind of controversial

The one I used here is from the booklet of the EMF meter, which states: “according to our research, there have not been problems associated with levels staying below an average of 0.2 mW/m2 and peaks of 1 mW/m2”. Compared to official safe limits, 0.2 mw/m2 is quite low. But some authors advise even lower safe limits, like building biologists, based on scientific publications.

In addition, even if we are usually not aware of it, there have been thousands of scientific studies published, just over the last decades, on the impact of radio frequencies on human health and the biosphere. Based on this huge body of scientific papers, a group of 257 scientists from 44 countries (figures from November 2022) signed an International Appeal, advising much lower exposure guidelines.

This Appeal was first submitted to the United Nations in 2015! Yet, most people are not aware of all this research about electromagnetic waves, and, as you know, these dubious technologies, like 5G, spread faster and faster…

While observing this absurd situation, I sometimes feel stupefaction and anger, sometimes sadness and depression. But, at the same time, very simple articles, like this one that you have been reading, can already help you a lot to take care of yourself and others around you ;)

Great! Then, you may also like to see how I measured and drew electric fields and magnetic fields around my laptop. 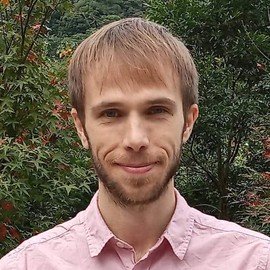