What is the difference between love and attachment? A personal testimony 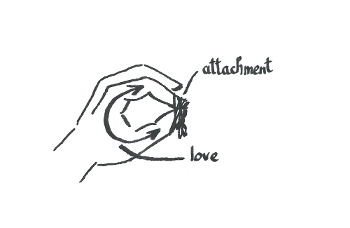 Here is a true story, a testimony, which allowed me to see more clearly on this surprising difference between attachment and love. This post is part of a series summarising a peculiar research projet : my search for the absolute (fr). Except this one, all other posts are only in French, but I may translate them in English if someone appeared to be interested.

One day, the unexpected perception that “I am her and she is me” made me understand how love, more than a feeling, is in fact our common essence. This reality usually escapes us because we are surrounded by pale versions of love, such as attachment. However, if you look closely, the two are completely different: attachment is fetters, while true love is freedom. But then, between love and attachment, how to do?

That week was loaded with emotions. Thoughts of all kinds revolved around this young woman I loved, who was not there, that I would probably never see again. My mind was very agitated. Knowing that all these moods would vanish sooner or later, I tried to keep myself in the present moment by observing the storm passing.

Suddenly, as I was observing, I understood something new. As the very clear impression, not only to have always known this young woman, but even more, to be this young woman. “I am her and she is me”, I thought, surprisingly. Not physically of course, but at another level, more subtle.

Within days, sadness, agitation and doubt gave way to joy, calm and confidence. As stunning as this raising of awareness was, it provoked a radical change within me, which maintained itself over several weeks.

This is one of the signatures of reality: thoughts and imagination are forgotten without a trace, but the perception of reality causes lasting changes and sometimes radical ones.

Love is our common essence

This impression was accompanied by the evidence that this feeling of being the same thing, this was true love between us.

True love? But the feeling of craving when she was away, this pleasure I was feeling when she was close to me, that feeling of being attached to her? It was not this, love? I realized at this very moment that attachment, and all the pleasant or unpleasant emotions associated with it, is in fact a pale version of love.

Here is a way to illustrate what differentiates love and attachment. It is like two fingers of the same hand that would fall in love. They meet, it is love at first sight. Already, they begin to get attached, to create links to stay close and bonded to each other. They think they are experiencing love.

Yet, if they took the time to look in the opposite direction, inside themselves, they would see that they are actually already linked together! They are already linked by their common essence! Here is true love!

Attachment, it is seeking love outside and building relationships to keep the other close to oneself. But attachment is constantly strained through the motions of life, it is impermanent, links are fragile.

True love cannot be established, maintained or broken. How to create or break a connection between two things that are actually the same thing? True love is our common essence, it is beyond our will, our desires, and circumstances of life.

Contrary to what we usually believe, love is not a feeling that would emerge from the body or the brain, it rather precedes any other manifestation, even the most tangible one. You can become aware of this reality, here and now, by looking inside yourself.

We are surrounded by pale versions of love

Yet, if love is what exists before everything else, how is it that we generally think it is an emergent property of our body and our brain? If love is different from attachment, how is it that it seems inconceivable for us to love without attachment?

It may be that in the world around us, love does not show itself directly. It is beyond what we see, and projects itself in front of us in simplified forms. We are thus used to see only these simplified versions of true love.

By looking outwards, I can only observe the simplified versions of love, and I take attachment for love. By looking inwards, I see clearer and clearer that I am intimately linked to the others, so much so that a time comes when I find that I am actually the other. At this time, the evidence is sufficient in itself: this feeling of being the other, that is true love, love is our common essence!

Here is another way to illustrate what differentiates love and attachment. Attachment would be like the shadow of the Moon on the Earth during an eclipse.

That is the difficulty that we face.

If one looks outwards, one sees the attachment and takes it for love. One deduces that love is what unites, what binds, what glues. But this version of love is in fact the opposite, the negative of love!

If one looks inwards, one finds instead that true love is what unravels the links! For how to be sad and want to keep the other when one understands that one will never lose the other? Why being bothered with attachments that will eventually cause suffering, when one feels deep inside that one is the other?

Against all odds, at the opposite of attachment, true love is a consuming fire that burns links, it is a sharpened blade that cuts the links!

Then, what to do?

However, it is not a question of rejecting attachment.

It is not a question of rejecting attachment, but rather changing perspectives, to realize what it is and what it is not. When you become aware that attachment is the shadow of love, then you cannot be fooled anymore. You can live the attachment, but you do not take it seriously anymore, and suffering which is necessarily associated with it affects you less and less! 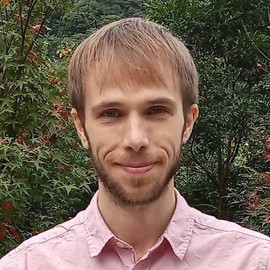